With the sculpture “Resistance” (2017), Phil Akashi uses an analogy to explore and question the themes of political corruption and abuse of power. The sculpture represents the imprint of the Seal of the Mandate of Heaven - the most powerful seal ever carved for Emperor Kangxi, the longest-reigning monarch of China. The seal bears an inscription “Jingtian Qinmin ” which means "Revere heaven and serve the people”. This was symbolic of Kangxi’s legitimacy as it attests to the ancient Chinese philosophy that heaven grants authority to an emperor if he serves his people virtuously. “Jingtian Qinmin ” was one of the guiding principles of the Chinese imperial system. Emperor Kangxi, who ruled Qing dynasty China from 1661 to 1722 and oversaw an extended period of prosperity in the country, is considered one of China's greatest rulers. He is credited with establishing national stability after the turbulence of the preceding centuries. The Kangxi Emperor believed that “Jingtian Qinmin” was a prerequisite for a wise rulership. He once said that “a ruler must revere Heaven and serve the people with his whole spirit and with every fibre of his being, and that the way of being a ruler lies in love for the people”. This imperial seal, used by Emperor Kangxi, has been auctioned at Sotheby’s in Hong Kong in 2016 for $12 million USD. According to Nicolas Chow, Sotheby’s deputy chairman of Asia: “Its value is in the history and symbolism it carries.”

Signed and dated on the verso 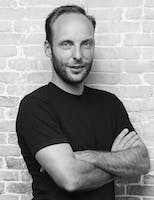